Think You Need a Pest Control Company in Frisco TX?

Then why not choose the pest control Frisco TX company that was voted to be a top 1% exterminator the last eight years in a row and still counting by Angie’s list Dallas residents? We have 1143 5 Star Reviews.

I’m talking about none other than Safe Pro Pest Control. Call to receive your free in-house inspection today at 214-773-9548. 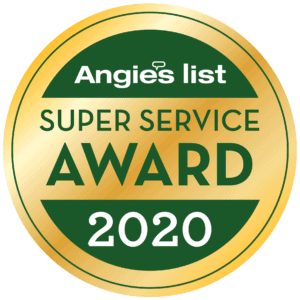 Get Your Free Quote Now

There’s a good reason why pest control Frisco TX services are needed. The climate in Frisco Texas, like many parts of Texas, is in the humid subtropical region. With an average of 230 sunny days per year and 39 inches of rain annually, the area provides an ideal for many species of rodents, insects, and pests.

Since the wintertime isn’t really that cold – averaging 33 degrees – and summers not being desert hot – averaging 96 degrees – all manner of insects and pests can flourish and thrive in Frisco Texas.

Things Homeowners Should Be Aware of Regarding Household Pests

If you think you may need to get pest control Frisco TX help, it’s best to act sooner than later. Most pests tend to colonize and increase in numbers rapidly. From their perspective, a rapid growth in number is essential to their survival. Rats, for instance, can make up to 20 times in a single day. These rodents can have as many as 20 offspring in one litter.

Even worse, within just one quarter of the year, that is 3 to 4 months, each of these baby rats start breeding themselves, as they become full-grown in that time. Wrap your head around the fact that a single rat couple can give birth to up to 12 litters of baby rats in a 12-month period.

Ask yourself, “Do I avoid this scenario taking place in my attic simply because I stick my head in the sand and pretend nothing’s going on?”

The truth is this scenario can help you feel better even though it probably won’t. What is likely is that if you do fail to address your rat problem as soon as you detect a problem it will be much more difficult to exterminate if you wait. The above information gives you the factual reason why it would be more difficult to exterminate rats if you waited.

The other factor you should be aware of when considering whether to contact pest control Frisco TX help or not, is that rats are far more intelligent than mice. So, if you have a growing population of rats infesting your attic space, they will, many times, send out younger members of the clan to test out rat traps before they venture into that direction.

So, their cleverness becomes their key to survival. To add to that, they are highly sensitive to changes in the environment. This means that setting in baiting your own rat traps can be a complete failure, if you don’t know what you’re doing.

Did you know that the city Frisco, Texas derived its name in honor of the St. Louis-San Francisco Railway in the year 1904? The residents of the area decided on the name “Frisco city” which was later shortened to just Frisco.

Still, the city was named Emerson in the first place, until the U.S. Postal Service turned down this moniker because there was another city in Texas named something too closely related.

Another fun fact is that the hit show Dallas was filmed in Frisco Texas at the Cloyce Box Ranch residence, which today is known as the Brinkmann Ranch. The Ewing family home was the house on that site.

One of the main thoroughfares of Frisco, Texas that drives deep into Dallas, Texas is called Preston Road. This main road was used by American pioneers. Settlers traveling by wagon trains along a trail called Shawnee Trail, which later turned into Preston Trail and finally Preston Road.

Located in both Denton and Collin counties in Texas, Frisco is a vital bedroom community in the Dallas-Fort Worth Metroplex sitting about 25 miles from Dallas-Fort Worth international Airport as well as Dallas Love Field. There’s a strong demand for pest control Frisco TX services with all the households in the area.

When the factors leading to this trend was the spillage of suburban development that hit the northern border of Plano, Texas. As suburban development continue to rise throughout Plano the growing population eventually spurred huge growth in Frisco Texas into thousands.

Frisco, Texas is considered a “bedroom community” because it’s while many residents reside in the city, most residents commute to jobs based in Dallas. The median income for a household in Frisco, Texas stands at $100,868 per household, while it stands that $109,086 for a family. So these families can easily afford pest control Frisco Texas services.

The population growth of Frisco has slowed down a little bit to 6.5% annually, which makes Frisco Texas the second fastest-growing city in the United States, as of 2014.

Get Your Free Quote Now